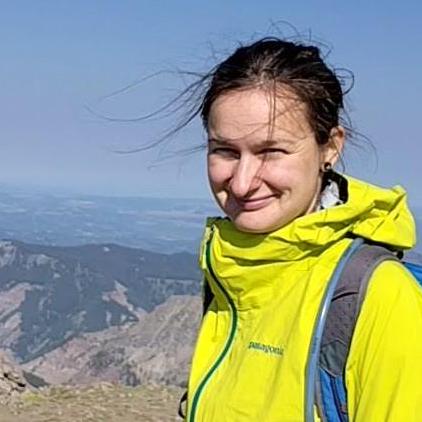 I’m a researcher studying computational mechanisms underlying cognitive functions and behaviours pertaining to natural language. The ability to communicate using language is uniquely human, and it is realized by networks of hundreds of millions of neurons in the brain. In my PhD thesis, I investigated how aspects of linguistic function could be realized in the brain by using biologically constrained neural networks.

I come from Croatia, which is a small beautiful country in the Mediterranean whose contours on a map, some people say, look a bit like those of a bird in flight (imagining Istria as the bird’s head). To pronounce my name as a Croatian would, try saying E-va [sounds like “va” in lava]-na [“na” like in retina] Ka-[sounds like “ca” in cartoon]-yeech. Croatians speak Croatian, which is a Slavic language and contains lovely vowelless words such as trg (town square), vrh (peak) and Krk (name of an island). Instead of getting lost while trying to find a trg on a vrh at Krk, one can also visit Plitvička Jezera, Dubrovnik or Paklenica.

This page is hosted using Github Pages and uses Jekyll, a static page generator. The website code is available here.